tagged with dotw
Nutcracker Ale
I decided that even though it is effectively impossible to find the beer I chose for this week's draught of the week, I must still drink it and review it for you. Kansas City's own Boulevard Brewery offers all of the beers it produces, on tap, throughout the Kansas City area, with two exceptions: their summer seasonal, called "Zon, and the beer that is featured in this column: Nutcracker Ale.

Nutcracker is Boulevard's winter seasonal beer, touted as a "winter warmer," partly because of its holiday-spice taste accent, and partly because at 5.31% alcohol by weight, it is the strongest beer offered by Missouri's second-largest brewery. Interestingly enough, it is also the least accessible of all their beers. This is especially upsetting to me, because among their beers, it is also my favorite.

Brian and I have been on the tour at the Boulevard brewery more times than either of us can guess. Brian places his total at around fifteen visits, and I would guess that I've been there a good twenty five to thirty times. I chalked another one up today, as I took Geoff, Josh, and Craig for the 1 PM tour. 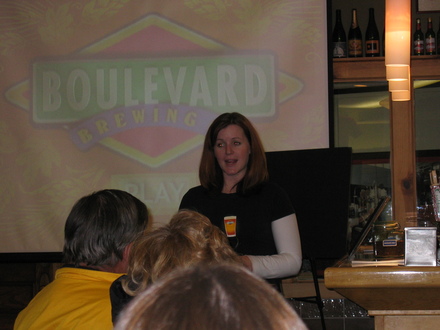 When we walked in, I cleared the reservation stuff out with Julie, the hospitality specialist. I asked her if they'd see fit to allowing me to conduct a review of their Nutcracker Ale, using a full pint glass. She cheerfully said it was fine, and when I sat down with my full pint, next to the 7-oz glasses everyone else had, I was surprised not to see any looks of disdain from the peasants. But, i suppose the kind of people who are apt to attend a Boulevard tour aren't generally the jealous type.

It pours a deep dark copper color, with a relatively thick head. 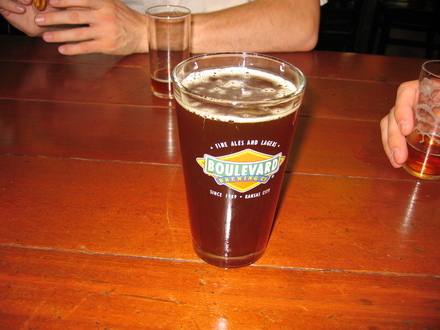 Josh was having the same beer, and was also anxious to get into it. 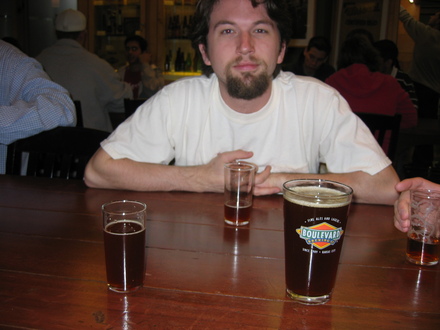 For the tasting period, they provide complimentary pretzels and Pale Ale Mustard. Josh was very enthusiastic about enjoying them. 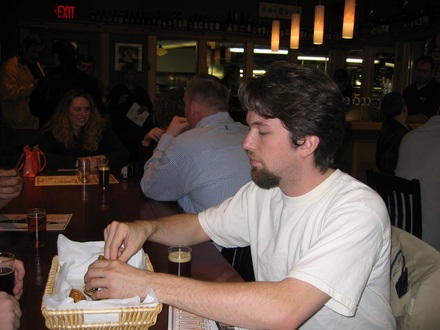 Craig and I enjoyed our beer, happy to get it for free, for once. 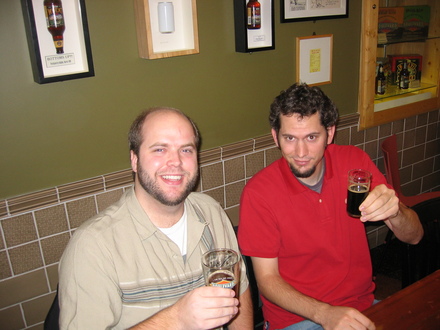 The beer went down relatively quickly, and maintained the same flavor from top to bottom. I wonder if I'll have it again on tap, this year. 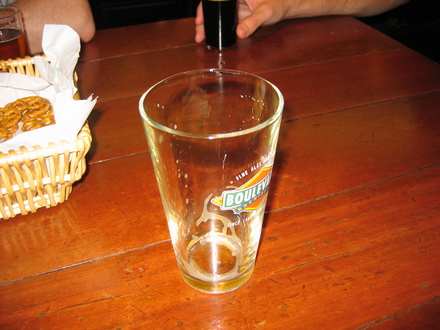 We stayed until we were encouraged to leave, by way of the free beer access being snuffed, so some of us got a little loopy. 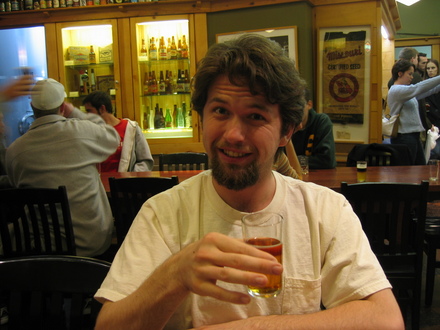 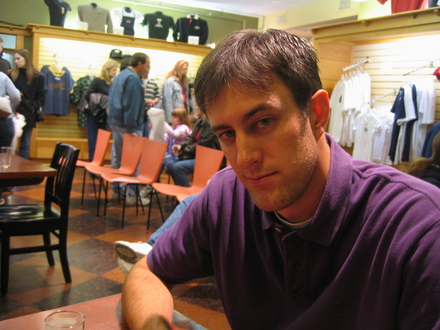 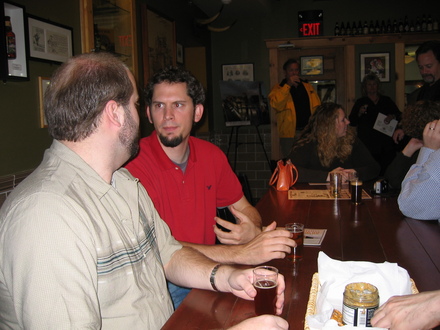 Aroma: 7 (A subtle whiff is an exciting preview of what's to come, as the qualities of the flavor dance in your nostrils.)

Smoothness: 7 (I would drink this beer all night, but i would definitely notice every swallow.)

Price: 10 (Since it was a tour, the beer was free, so the price couldn't have been better. It sure would be nice to find a place where you can pay for it on tap, though. HINT HINT, Boulevard!)

bahua had this to say:
Now that Nutcracker has been officially released completed, for 2004, let me state that in its final weeks, it was wonderful. Only a couple of weeks made a world of difference, in its flavor.

Brian interjected:
Like John, this is my favorite Boulevard beer, which is saying a lot. It's delicious stuff, and I look forward to having it again soon.

Unfortunately, I can't get Boulevard in Chicago anywhere, as far as I can tell. I just emailed Sam's to see if we can remedy the situation.

R.A._Heller had this to say:
Thank you again HYVEE! Checked the fridge, and they were selling sick pack's of the Nut buster ale! Pretty good stuff, but I hear that the Samuel Adams Winter Lager is much better. I will have to judge for my self.

bahua said:
Sam Adams Winter Lager is tasty, but it's no Nutcracker.