tagged with dotw
Smithwick's
I traveled to Ireland about four and a half years ago, and again, about a year and a half ago. Both times, I rejoiced in the delicious beers that were available on the emerald isle. Kilkenny, Caffrey's, Murphy's, Guinness, Beamish, and my favorite of them all: Smithwick's. After my first trip to Ireland, my friend, Amanda visited Ireland with her family, and just before she left, I told her that she needed to try Smithwick's(pronounced "Smithix") when she got there.

She called me at three in the morning from Dublin, and exclaimed how much she loved it. That settled that.

About six weeks ago, the state of Missouri got with the program, and started offering this exceptional beer for sale within its borders. The deal was authorized by people dressed like this. 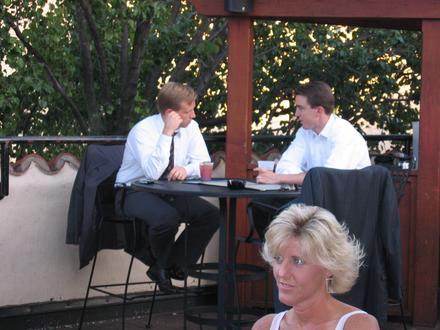 With all this in mind, I arranged a meeting of the minds at O'Dowd's on the Plaza in Kansas City, in order to drink and assess this beer. 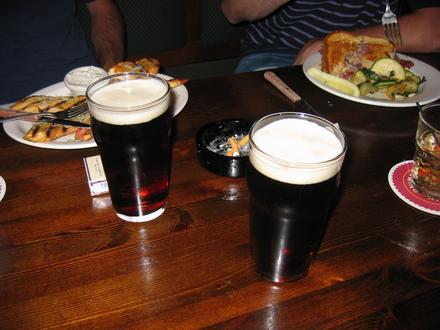 As you can see, it pours dark, with a thick, creamy head. I must admit, however, it's not as tasty as I remember it being in Ireland, but it's the closest in flavor to its original of any european import that I know. Before I fully realized this, however, it was gone, and we switched tables. 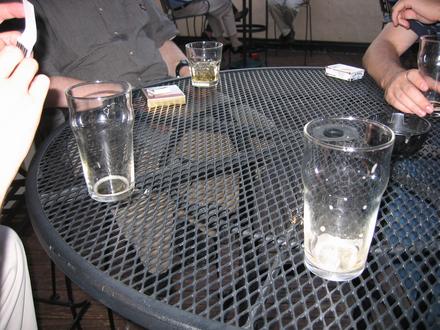 Upon my urging, we finished our drinks, and left for Harry's in the River Market, but not before getting a crazy shot of Nathan. 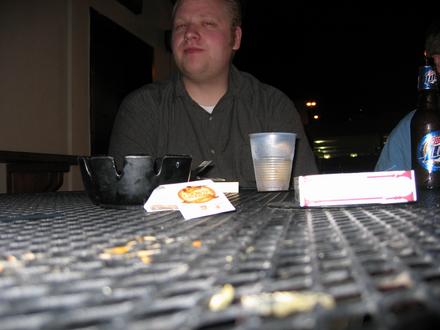 As well, Geoff, the birthday boy, noticed (after I showed him) that the current date was precisely seventy years after the one listed on this poster we saw. 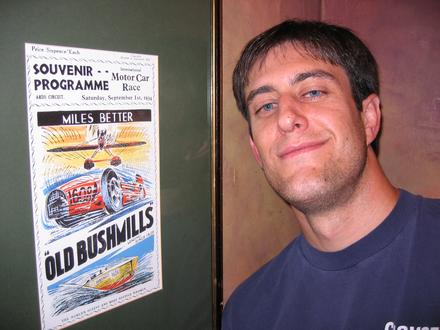 Then, we went to Harry's, and got a couple candid shots. The first picture is Josh, my new roommate, making nice with a nice girl named Myra. 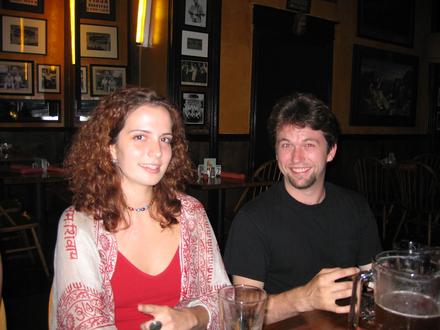 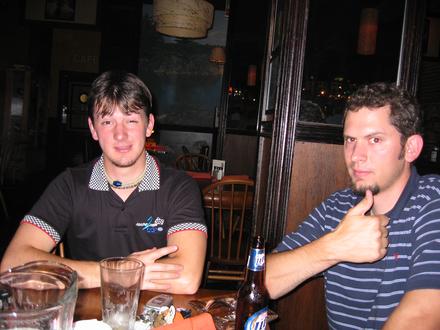 I don't know who these people are. 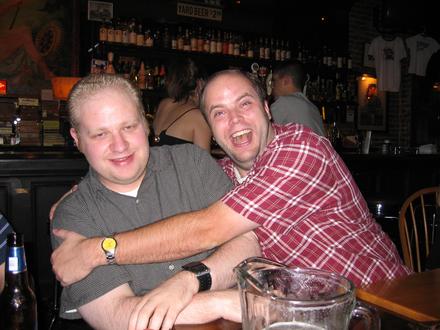 Flavor: 8 (It has a creamy taste, like Guinness without the stout flavor.)

Body: 9 (Its heady texture and creamy... what-have-you, stay with you.)

Aroma: 7 (It actaully smells great, and smells almost exactly like it tastes.)

Smoothness: 9 (I could drink this beer all night, if not for the fact that...)

Price: 4 (...it costs over four dollars, which is high in Kansas City. I still need to try it at Buzzard Beach.)

Lori_B replied:
Wow! It's nice to know someone enjoyed Smithwick's as much as I did! I'm so glad it's here...By the way, great site

bahua brooked no delay in saying:
Oh yeah, I love Smithwick's. I still try to get it wherever I see it on tap. I'm happy to see that Sun Fresh is carrying it in bottles now. I just hope it does well enough in the states.

Thanks for the kind words. I try to keep the site interesting.