tagged with dotw
Sunshine Wheat
My new camera came today. I thought that it'd provide an excellent opportunity to go and get you another beer. Combine that with the fact that on Tuesdays, Barley's in Shawnee gives out free pint glasses with a glass of the special of the week, which just happened to be this week's offering from New Belgium.

I was reminded that there was beer to be had at Barley's, by Brian drinking, ironically, another New Belgium beer: Trippel. 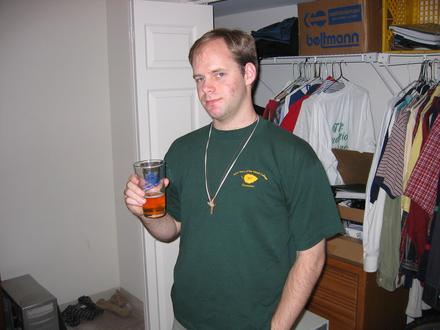 He's heading out of town soon, only to return for visits, as he just got that job in Chicago that he was fiending after for so long. Needless to say, his spirits have been high lately. 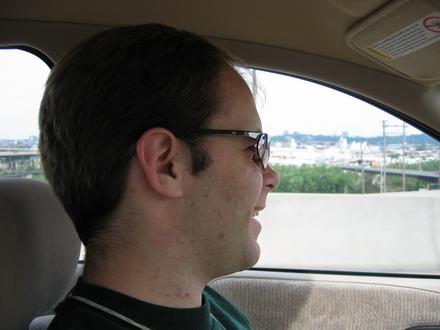 Our very attractive waitress helped us out with beer recommendations, even though it turned out she wasn't over 21, herself, and informed us of this week's special. We finished dinner, and the glasses came promptly. 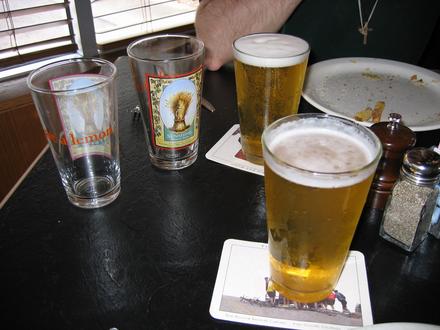 It pours very yellow, but as with other beers that I have shown you, looks can be deceiving. It is actually a delicious beer, and Brian and I both lamented the fact that we had never tasted it before. Amazingly, though it is clear, it is considered a wheat beer, but doesn't have the cloudy characteristic of most hefeweizen beers you find today, that are all the rage. Also, it's very fruity, but in a good way. 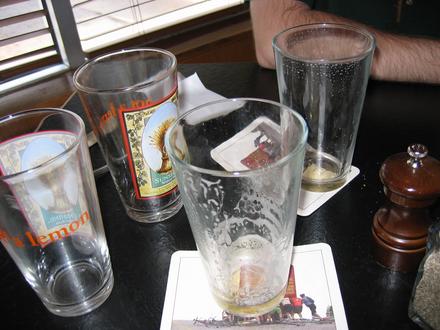 DOTW is always over too quickly. After leaving, we put on some Postal Service and Daler Mendhi on Brian's Karma, and Brian rocked out so hard, he missed our exit, so we wound up going all the way up to where I-435 goes back into Missouri, near the airport, and had to strike our way home from there on two-lane roads. 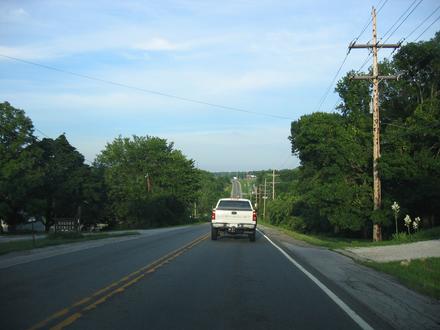 The speed limit on said roads was 55, but this is the speed we managed, because of some people in front of us that were in no particular hurry. 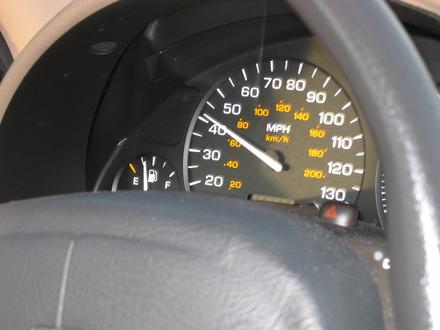 Flavor: 7 (It has a real pilsener flavor to it: sharp and to the point.... even though it's an ale.)

Body: 8 (This may sound odd, but I get a distinct taste in the finish that reminds me of Fruit Loops cereal. Don't yell at me, Brian thought so too.)

Aroma: 7 (For a yellow beer, it smells excellent, and leads the drinker into a much more complex beer than meets the eye.)

Smoothness: 8 (Has great replay value. It really surprised me with how drinkable it is.)