tagged with dotw
Edmund Fitzgerald Porter
Once again, work took me to Madison, WI last week. I had previously arranged to meet up with an old college friend and short-time roommate, James, who makes his home in Madison with his wife Jackie. He rolled up to my hotel at about 6PM on Tuesday, where I was waiting outside, talking with my work partner(TJ) and his Louisiana counterpart(Gerold). The temperature was in the thirties, and when James pulled up, he got out of his car and changed shirts.

TJ and Gerold both freaked out when they saw my friend do what he did on what they considered to be an arctic day, and freaked out further when they saw that this crazy person was a friend of mine. We said good-evening to TJ and Gerold, and, with James' friend Marcus, went over to the Prime Quarter for some steak. Apparently, James' bachelor party was held there, and he ate the 40-oz "Beefeater," steak, a feat that gets your picture on the wall, shown below. 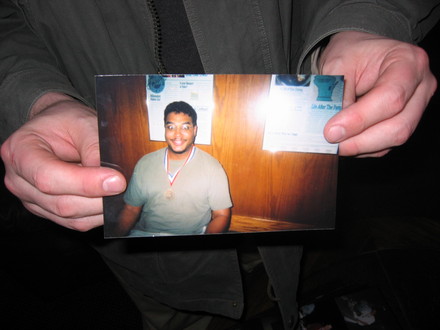 After stuffing ourselves adequately with KC strip steak, I pressured James and Marcus into a trip to the Come Back Inn, which is now officially my favorite place in Wisconsin. We walked in and took some seats up at the bar. We had all each had a 32-oz beer or two with dinner, so we were very talkative, and set to conversing with Dave and Johnny behind the bar. James settled into his beer quickly. 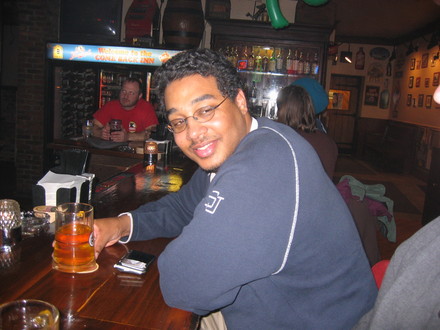 Marcus helped himself to beers he requested as, "the lightest you have," when he discovered they don't carry budmillcoors on tap. Honey weisses, wheats, and various yellow beers passed his lips, before Dave the bartender thought it appropriate to adorn his next beer as such. 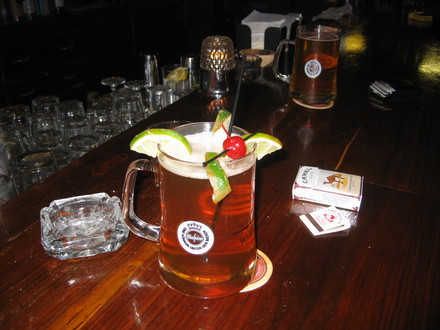 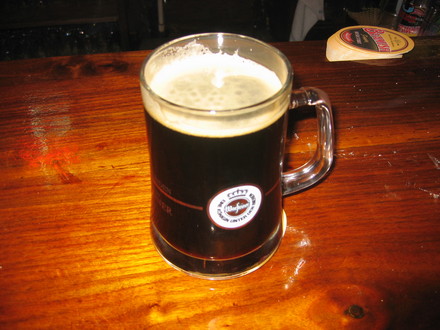 It pours a deep brown color, and an equally deep roasted aroma emanates off it immediately. The first sip throws itself all over the front of your mouth with its dark roasted flavor, and before you know it, your glass is empty. 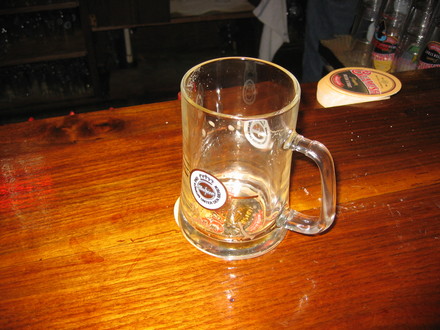 This, in my opinion, is one of the truly great American Porters, and one of the best beers available in the Midwest.

Smoothness: 8 (The thick even body makes for a smoothness that is as uncharacteristic of porters as it is pleasurable to drink)