tagged with dotw
Weiss
Whenever I leave town, I try to get a beer on tap that can't generally be found in Kansas City. This past week, I was in Orlando, FL, for a company conference. By day, we were shrugging off yawns, daydreaming about getting a nap, and occasionally attending training and briefing sessions. By night, however, we decided that sleep was overrated, especially when visiting a place with summer as long, and skirts as short as in Orlando.

Not to sound like an insensitive pig there, but it's true. It seems to be all about reducing tanlines, whether the sun's out or not, in the sunshine state. Not a couple of guys to be overcome by adversity, Geoff and I hopped on the bus by our hotel. Ninety bumpy, jerky minutes later, we were downtown, and proceeded toward 37 W Pine St, to find the Back Booth, where BeerAdvocate says there is excellent beer to be had.

And they weren't kidding. The taps are atwitter with exotic beers that are unavailable in KC, and while we were there, we drank one of all but maybe three of them. 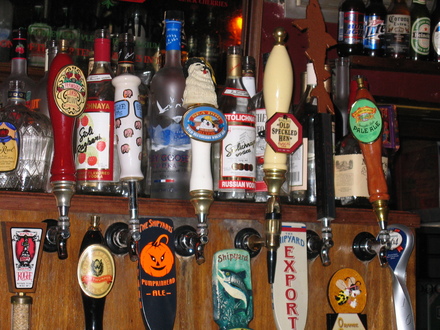 As a bit of positive reinforcement, we were reminded of this ancient Confucian proverb: 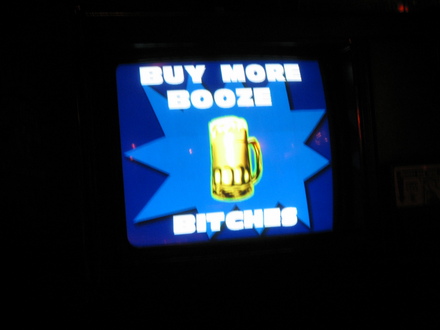 The beer we came to explicitly try was Tabernash's Weiss Beer. When Geoff returned to Kansas City from his ten-month stint as a Floridian, he continuously ranted and raved about this beer, which is actually made one state away, in Colorado. 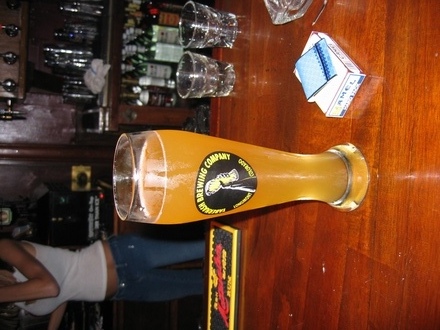 It pours a very bright yellow, and is reminiscent of Boulevard Wheat, or any wheat beer, for that matter. It tastes very good, but at the same time, I must offer my apologies, as I am not much of a fan of lighter beers. It was good, but it wasn't that good. I was glad when it was over, so I could try something else from their bountiful tap. 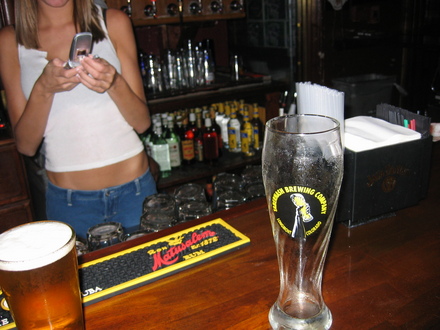 This girl had a bitchin' tattoo. 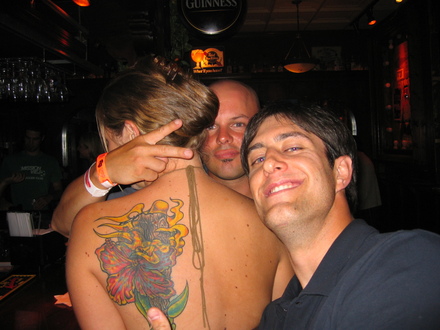 Flavor: 7 (The realization of a hyped moment is rarely as great as the hype itself. Delicious nonetheless.)

Body: 7 (For such a light beer, it had a lot to say on mouthfeel. I think that's the main draw.)

Smoothness: 6 (Geoff couldn't seem to get enough of this stuff, but, I didn't find it very smooth at all. I have averaged out our opinions.)

Price: ? (Since they only charged us for about half the drinks we had, I have no idea what this beer costs.)

Joel blurted:
You're screwing yourself with the Weisse hateons. The trick is,

most of the 'good' ones I've found suck, and have a weak fall off.

I'll grant you the aroma is one of the strongest parts, but if you

can find one that starts strong then backs it up, it is extremely

refreshing while remaining flavorful, unlike a lot of American

R._Heller brooked no delay in saying:
I find the hips on the bartender, very refreshing......heh

Louizzle interjected:
That is one nice pour! And the Beer is cool too.