tagged with dotw
Jillybrau (Leinie's Red)
Nathan and I made the trip down Broadway to Jilly's, a bar named after the late friend of the same name, of the late Frank Sinatra. We grabbed some seats at the bar, and waited patiently for the third of the Presidential Debates to begin, on the bar's corner television. We came here for a number of reasons.

First, it's a great bar, with fun events every night they're open, and has a real neighborhood feel. Second, lots of attractive women come to Jilly's, presumably, to have a more comfortable experience than what the Quaff and Tanner's have to offer. I don't blame them. Third, the staff is always friendly, and happy to help. 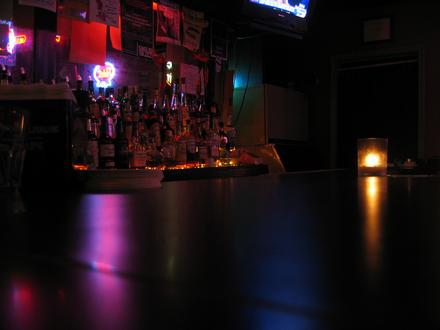 The most important reason, however, is that this bar has Leinenkugel's Red on tap, in the visage of "Jilly's Brew," for the comically low price of two dollars per pint. I remember paying prices like that when I was in school in Dubuque, and getting angry about being gypped. But Dubuque is well inside the bubble of Iowa reality, and out here in the real world, we're ecstatic to be charged three dollars for a premium beer, much less two.

So, when we found out about this unreal bargain, we committed ourselves to drinking a lot of it, and to go back as often as we can. It pours a reddish rusty color, prime for drankin'. 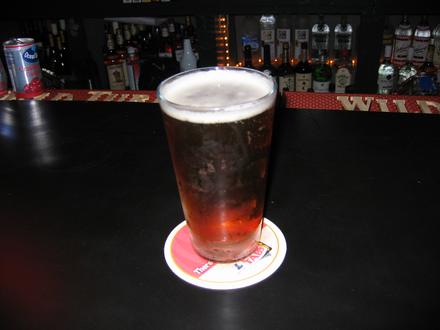 The bar has a line of taps that are exceptionally high up, as you can see here. I wonder if it was placed that high for the sole reason that the ladies behind the bar would have trouble reaching it, and have to stretch. 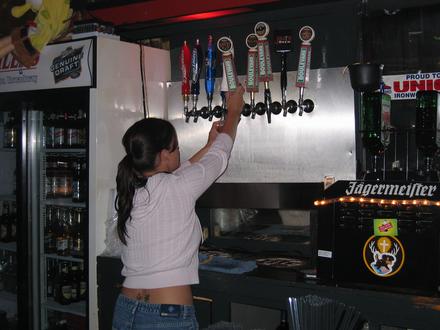 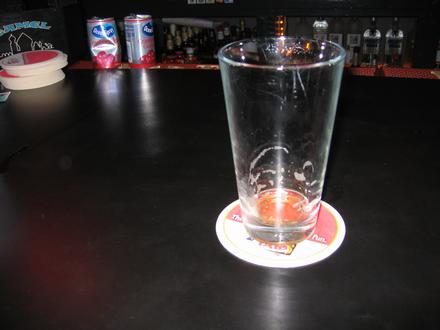 The "Hit Shitters," came to plug their next show, and fill in some open mic time. 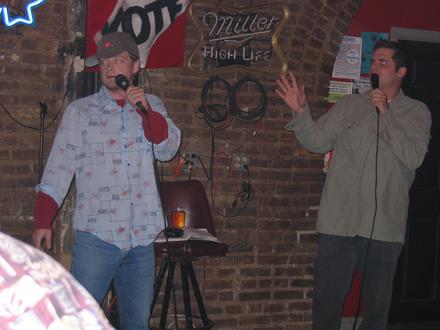 Nathan points out the nuances and fine points of whatever it is he's talking about. 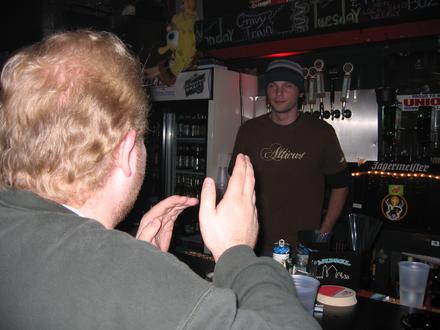 Flavor: 7 (Classic "Red Ale," tastes exactly as it should, with a hint of sweetness)

Body: 7 (Good mouthfeel, and plenty to discover with each next sip)

Aroma: 6 (There's not much to the aroma, except that it smells like it tastes. This beer wears its identity on its sleeve, whatever that means.)

Smoothness: 8 (When you start the evening with it, it's a bit tough at first, but after your first two or three swallows, you're ready to drink it all night, like I did.)