tagged with dotw
Winter White
When I rolled into Decatur, I almost immediately noticed the, "I want to die," character of the town. I would guess that forty or fifty years ago, it was a pretty bitchin' place to live, but now, I can see that the people in Illinois' eighth largest city are pretty accustomed to their town not being that great.

Don't get me wrong. There are more than enough Wendy's, McDonald's, Arby's, and even my Illinois favorite Steak n' Shake, to tide over the cursory doubting Thomas, but I still went wanting, when I found out that there really isn't much to do in Decatur, regarding beer on tap. So, when I found out about a certain fact that I'm sure most Decaturians know about, I high-tailed it out of my hotel room, and did what so many before me have done, when faced with the prospect of going out in Decatur. 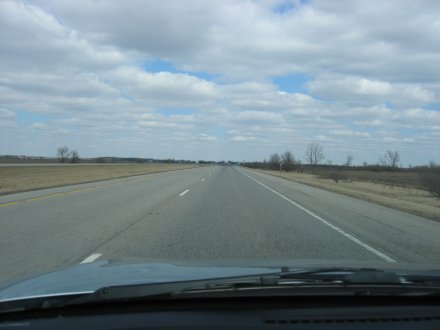 I went to Champaign.

I read up on Beer Advocate that the Blind Pig was a great place to go in Champaign for beer on tap, so I went there post-haste, only to find that they don't open until 3 PM, while I was standing outside their door at 1:50 PM. So, I walked down the block to the Esquire, where I ordered a cheeseburger and a Bell's Winter White. 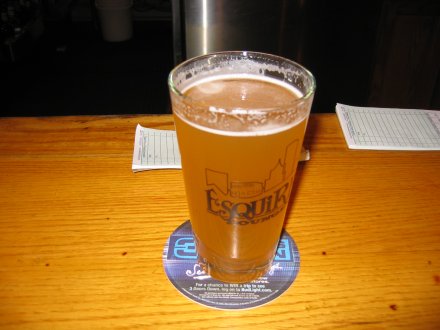 It's interesting to find such a light beer listed as a wintertime beer, but who am I to base a complaint on convention? Being a resident of Missouri, I have only ever seen this beer in bottles, so, also being a huge fan of Bell's beer, I eagerly drank up. 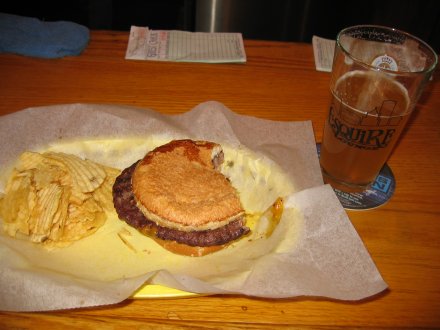 I ate my burger in peace, spoke with some locals about the Illini and close-in Weapon Systems, and finished my beer. I must also complement publicly the quality of the service and atmosphere at the Esquire in downtown Champaign, IL. 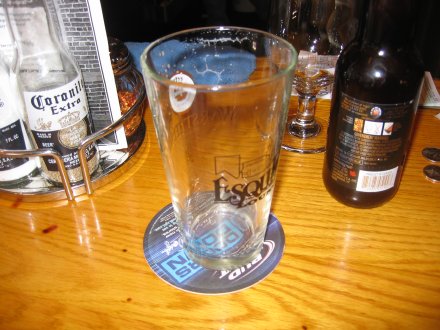 Flavor: 8 (Also yeasty, but with a bitter finish)