tagged with dotw
Octoberfest 2004
It's been entirely too long since I have provided you with a drink. I have decided to rectify this, and Nathan helped. We prepared for the oncoming ice storm by going to Tanner's last night, splitting a plate of ro-tel cheese dip and sitting down to some very tasty beers. Assuming that because it's such a common beer, that it would be relatively reasonably priced, Nathan ordered a Fat Tire, which we later found out was $5 a glass.

I chose the only seasonal on the rail: Samuel Adams Octoberfest. It pours a deep orange copper color, and advertises Two Men and a Truck movering company. 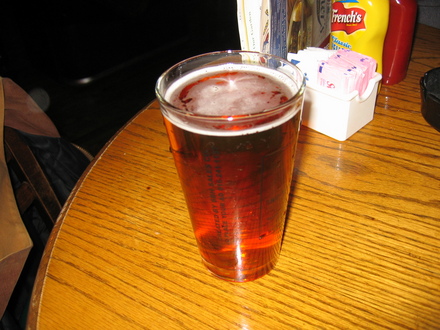 The Oklahoma-USC game was on that night, and instead of getting caught up with the game, I chose more often to look out the window. 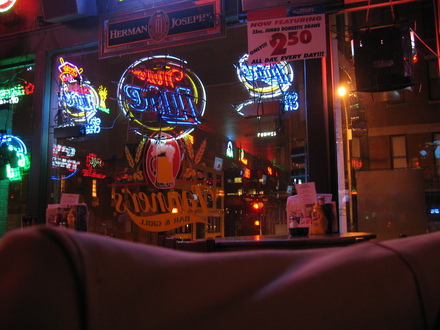 We enjoyed our beers, had some laughs, and called for the check. Upon seeing our bill for five beers and a cheese dip, I hastily finished my beer, paid, and we took our leave. 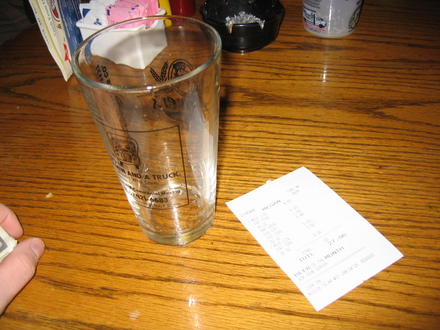 Flavor: 7 (Tasty enough to make me notice it, and its sharp little prods of flavor all over my mouth.)

Body: 8 (The spiciness hits your tongue with spines of remindermentationing.)

Aroma: 6 (Smells pretty much how it tastes, I found.)

Smoothness: 7 (Unfortunately, it's so drinkable that you stop noticing it.)